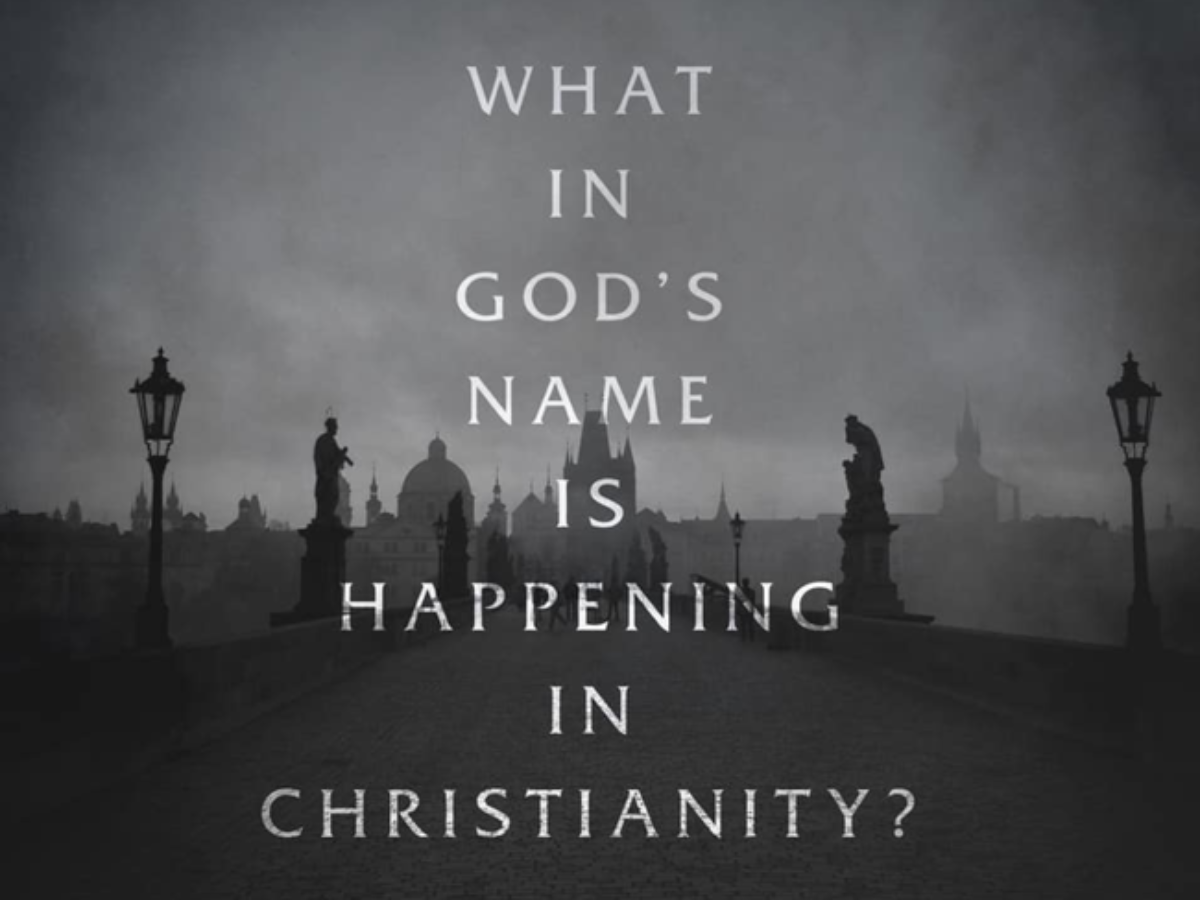 Ok I?m saying it. Because it’s too important not to. What is happening in Christianity? More and more of our outspoken leaders or influencers who were once ?faces? of the faith are falling away. And at the same time they are being very vocal and bold about it. Shockingly they still want to influence others (for what purpose?)as they announce that they are leaving the faith. I?ll state my conclusion, then I?ll state some rebuttals to statements I?ve read by some of them. Firstly, I never judge people outside of my faith. Even if they hate religion or Christianity. That is not my place and I have many friends who disagree with my religion and that is 100% fine with me. However, when it comes to people within my faith, there must be a measure of loyalty and friendship and accountability to each other and the Word of God.

My conclusion for the church(all of us Christians): We must STOP making worship leaders and thought leaders or influencers or cool people or ?relevant? people the most influential people in Christendom. (And yes that includes people like me!) I?ve been saying for 20 years(and seemed probably quite judgmental to some of my peers) that we are in a dangerous place when the church is looking to 20 year old worship singers as our source of truth. We now have a church culture that learns who God is from singing modern praise songs rather than from the teachings of the Word. I?m not being rude to my worship leader friends (many who would agree with me) in saying that singers and musicians are good at communicating emotion and feeling. We create a moment and a vehicle for God to speak. However, singers are not always the best people to write solid bible truth and doctrine. Sometimes we are too young, too ignorant of scripture, too unaware, or too unconcerned about the purity of scripture and the holiness of the God we are singing to. Have you ever considered the disrespect of singing songs to God that are untrue of His character?

I have a few specific thoughts and rebuttals to statements made by recently disavowed church influencers…first of all, I am stunned that the seemingly most important thing for these leaders who have lost their faith is to make such a bold new stance. Basically saying, ?I?ve been living and preaching boldly something for 20 years and led generations of people with my teachings and now I no longer believe it..therefore I?m going to boldly and loudly tell people it was all wrong while I boldly and loudly lead people in to my next truth.? I?m perplexed why they aren’t embarrassed? Humbled? Ashamed, fearful, confused? Why be so eager to continue leading people when you clearly don’t know where you are headed?

My second thought is, why do people act like ?being real? covers a multitude of sins? As if someone is courageous simply for sharing virally every thought or dark place. That’s not courageous. It’s cavalier. Have they considered the ramifications? As if they are the harbingers of truth, saying ?I used to think one way and practice it and preach it, but now I?ve learned all the new truth and will start practicing and preaching it.? So the influencers become the voice for truth in whatever stage of life and whatever evolution takes place in their thinking.

Thirdly, there is a common thread running through these leaders/influencers that basically says that ?no one else is talking about the REAL stuff.? This is just flatly false. I just read today in a renown worship leader’s statement, ?How could a God of love send people to hell? No one talks about it.? As if he is the first person to ask this? Brother, you are not that unique. The church has wrestled with this for 1500 years. Literally. Everybody talks about it. Children talk about it in Sunday school. There’s like a billion books written on the topic. Just because you don’t get the answer you want doesn’t mean that we are unwilling to wrestle with it. We wrestle with scripture until we are transformed by the renewing of our minds.

And lastly, and most shocking imo, as these influencers disavow their faith, they always end their statements with their ?new insight/new truth? that is basically a regurgitation of Jesus’s words?! It’s truly bizarre and ironic. They?ll say ?I?m disavowing my faith but remember, love people, be generous, forgive others?. Ummm, why? That is actually not human nature. No child is ever born and says ?I just want to love others before loving myself. I want to turn the other cheek. I want to give my money away to others in need?. Those are bible principles taught by a prophet/Priest/king of kings who wants us to live by a higher standard which is not an earthly standard, but rather the ?Kingdom of God? standard. Therefore if Jesus is not the truth and if the Word of God is not absolute, then by preaching Jesus’s teachings you are endorsing the words of a madman. A lunatic who said ?I am the way, the truth, and the life. No one comes to the father except through me.? He also said that he was alive before Abraham, and to see him was to see God because he was one with God. So why then would a disavowed christian leader promote that ?generosity is good?? How would you know ?what is good? without Jesus’s teachings? And will your ideas of what is ?good? be different from year to year based on your experience, culture trends, poplular opinion etc and furthermore will you continue year by year to lead others into your idea of goodness even though it is not absolute? I?m amazed that so many Christians want the benefits of the kingdom of God, but with the caveat that they themselves will be the King.

It is time for the church to rediscover the preeminence of the Word. And to value the teaching of the Word. We need to value truth over feeling. Truth over emotion. And what we are seeing now is the result of the church raising up influencers who did not supremely value truth who have led a generation who also do not believe in the supremacy of truth. And now those disavowed leaders are proudly still leading and influencing boldly AWAY from the truth.

Is it any wonder that some of our disavowed Christian leaders are letting go of the absolute truth of the Bible and subsequently their lives are falling apart? Further and further they are sinking in the sea all the while shouting ?now I?ve found the truth! Follow me!!? Brothers and sisters in the faith all around the world, pastors, teachers, worship leaders, influencers…I implore you, please please in your search for relevancy for the gospel, let us NOT find creative ways to shape Gods word into the image of our culture by stifling inconvenient truths. But rather let us hold on even tighter to the anchor of the living Word of God. For He changes NOT. ?The grass withers and the flowers fade away, but the word of our God stands forever? (Isaiah 40:8)