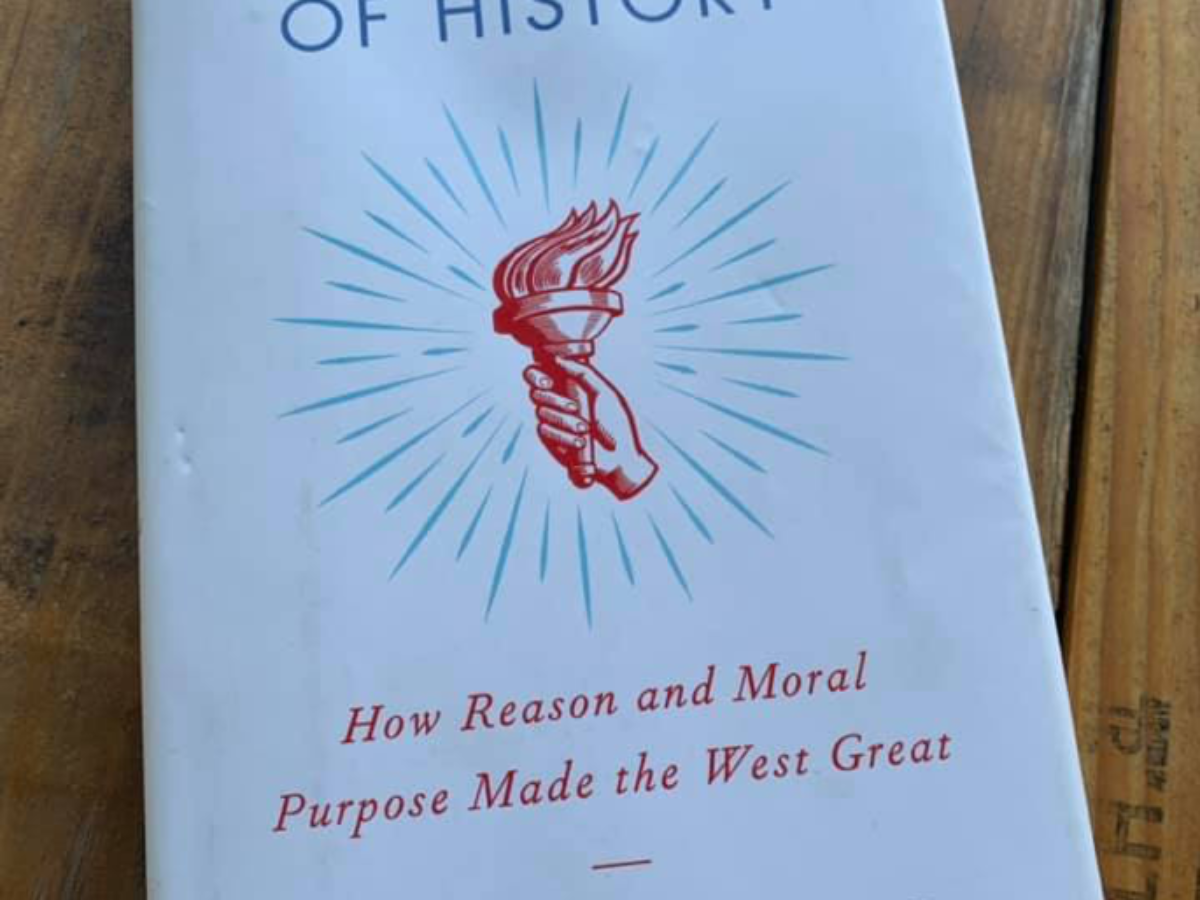 People often ask me what I?m reading. I haven’t done book reviews but I love reading and this book is poignant for several reasons. Cutting to the chase: it’s really good. There is one aspect I?d really like to talk about that i found really helpful, but first I?ll just summarize for those who want to know what the book covers. This is mainly a philosophy book. Shapiro’s point is that the West (and namely America) was founded on the philosophy of two great pillars, religion and reason. He makes a case that if you remove religion (judeo-Christian heritage) or reason (from the greeks Aristotle /Plato philosophy) we would not have such a powerful system of government that has created immense wealth and freedom. Most of the book is a brief synopsis of world philosophy from the Greeks all the way to present. As many probably know, some of Shapiro’s books have been polarizing and he is a very controversial figure in American politics. Having said that, i do not think this book is controversial even if one disagrees with his conclusion. I for one do agree with him, but even if one disagrees, this book is more like an historical look at how philosophy influenced different forms of government in humankind’s search for meaning and purpose. My suggestion for anyone whose head starts spinning during the middle from all of the various philosophical distinctions…just stick to it because the ending is fantastic.

Now, The point that i want to make and what I want to praise this book for is the second to last chapter, chapter 9. Let me set this up properly…

For anyone OVER the age of about 33-35, if you have felt within the last 6 years that our culture as you know it has been flipped upside down and you feel sincerely vexed at what is going on, then this chapter is for you. That is how i felt around 2014. For those of you who are young, try and understand what it would be like to live for 35 years with ingrained principles on how to live and be virtuous , and suddenly without warning or explanation culture changes and you are being yelled at for committing culture sins that you just do not understand. I?ll give examples. For discussion purposes, let me label my generation: ?OS? to signify ?old school? haha.

Need I go on? Toxic masculinity (which took me literally 2 full books to understand what the heck this is). I was taught that all humans are created in God’s image, therefore we should celebrate differences between men and women. Not only in religious literature but also psychology and biology and science all taught that men and women are different and that it should be celebrated. In 2014 that became extremely offensive talk. We are now forced to say that there is no difference. Apparently, reality must be sacrificed for equality. Next, and this one is really important…if you have a disagreement with someone (even in the public or academic sphere) and you wish to discuss with reason or with debate, you are also now doing something deemed immoral. There are various reasons for this as I have read multiple books on this subject because it baffles me so. These reasons can be linked to sexism, racism, bigotry of some sort or just simply institutional racism or toxic masculinity, or the most baffling of all: you cannot argue with someone else’s ‘truth.? And if you are a person of privilege, then you are not even AWARE (or ?woke?) of the truth that is privy to only the marginalized. Therefore, the greatest truth can only be attained by the greatest victims, according the new school of ?woke? intersectionality. So there is nothing to debate. Your privilege disqualifies you.

I am not saying that everyone must agree with me or my list of examples. I actually welcome disagreement and many of my friends totally disagree with me. My point is that it’s hard to deny that a major shift happened in culture that uprooted most everything that i was taught in my generation. One may prefer the new school of thought, but it’s hard to deny that it has radically changed. I do not agree with the new school of thought and I believe it’s harmful in many ways to society. Perhaps i will discuss in the days to come.

All of this to say, the main thing I want to highlight about this book by Shapiro is that in chapter 9 he very simply lays out the philosophical reasons why all of this happened. I have read literally dozens and dozens of books on these subjects but this is the most succinct, simple explanation I?ve heard. Had I read this one chapter a few years ago, it probably could have saved me from reading 2 or 3 other entire books.
These are confusing times and I find it helpful to understand where other people are coming from. If you are like me, and you have found that the world up and changed without you knowing it, then this book may help.

Lastly, if you do not have the patience or interest in sitting through an entire book of philosophy, yet you would like to know how to find meaning in your life…then i would suggest reading an entirely different and very SHORT book of philosophy. It was written by the wisest, richest, most successful human who ever lived. It is called Ecclesiastes. Spoiler alert*** his search for meaning and purpose ended with this statement : ?now all has been heard; here is the conclusion of the matter: Fear God and keep His commandments, for this is the whole duty of man? (Ecclesiastes 12:13).